The .ninja domains go on sale today. Dumb, because this violates all the rules of being a ninja that I’m aware of:

1. Don’t talk about ninjas
2. Don’t call yourself a ninja
3. Deny there is or ever was any such thing as ninjas
etc.

Similar to anyone who refers to themselves as a “guru,” “genius,” or “Jedi.”

Although, I suppose in our cynical, meta times, it might be a valid strategy to call yourself the thing you’re not allowed to call yourself as a method of concealing that identity via paradox. Sort of like walking into a party, planting your feet, crossing your arms and shouting “I’m Batman!” They’ll never suspect!

Deceive, inveigle, obfuscate. Everything I say is a lie, including this. 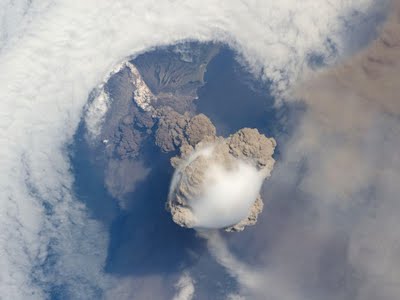 Welcome to WordPress. This is your first post. Edit or delete it, then start blogging!

From the This Cannot Possibly Be Real department…

They’re calling these side effects of Lunesta and Ambien “sleep driving” and “complex sleep behaviors,” but it sounds pretty much like drug-induced insanity to me. I mean you take a sleeping pill and then wake up in the middle of the night and do things “like making phone calls, fixing and eating food, and having sex while still asleep…” “…with no memory of doing so.” Um, yeah, that might go beyond the realm of “side effects” and straight into psychotropism. Face it folks, if you’re making sandwiches and running red lights in the real world without awareness or control, you’re tripping.

For a Costco member there are some fairly chilling statements in this article, Costco: The “anti-Wal-Mart.” So far Costco has managed to be great for both members and investors, for the former by eschewing debt and adhering strictly to their 1% operating margin goal, for the latter by relying on membership dues for most of the profits, which are used primarily for growth of the company and periodic stock buy-backs. By older economic standards, this is a textbook “good company.” But today many of these items–low debt, fairly-compensated employees, putting a high value on customer satisfaction–are seen as negatives to investors. Costco has even been accused of something like socialism, for “giving in” to labor unions in California (where 30% of Costcos are located), and extending union-level benefits to all employees.

The co-op-like approach, putting members and employees first, runs all the way to the top: Costco CEO Jim Sinegal takes a modest compensation package (by current standards), and has voluntarily forgone bonuses at times. But Costco is not a co-op; it’s a publicly held and traded corporation. Ultimately, it answers to the stockholders. And what the stockholders want is return on investment, either through growth of their stock value or dividends. The problem is, most of the obvious and immediate methods for boosting share value (taking on debt for instance, or raising profits via higher markup) are not good for members. Maintaining a balance takes enormous discipline and commitment on the part of the board and corporate management–bump up the margins and cut services and members and employees may flee, but allow the stock price to dip and you have angry shareholders (hence a board more likely to take action) and even open yourself up for a takeover. It’s not coincidence that Sinegal is one of the founders–holding a minority position in the company, only a founder has the combination of vision and charisma to maintain a corporate culture like Costco’s. Sinegal knows this, and it’s why he’s vague, even at 70, on when he plans to retire. When he inevitably does leave, as a member I can only hope that Costco is able to promote from within that corporate culture a person who holds the same values, the idea that the success of Costco comes more from the loyalty of coddled members and well-treated employees than it does from scale and markup.

I just stumbled onto this blog of a guy going to graduate business school in India. It’s interesting to me on a number of levels. First, I like the telegraphic style–the guy just assumes you know what he’s talking about and therefore starts right in on the meat of the topic (something I struggle with in my writing, obviously), and sometimes the meat is pretty rich stuff. Also, you can tell that thinking and articulating make up most of his day because he asks a lot of questions and makes a lot of observations. What could be more refreshing than finding a thoughtful, articulate person on the internet? How about an MBA student taking on the hows and whys of MBAs in the economy? Of course when you’re taking macroeconomics everything is about macroeconomics. I like his hypothesis for the statistical basis of political polarity so much that I’m not even going to try to paraphrase it (though I will add a link to clarify the terms):

A liberal might be wary of rejecting a true hypothesis (Type I error) and may be unwilling to disregard it even if the figure was as low as 1%. A conservative right-winger on the other hand, would not want to run the risk of accepting a false hypothesis (Type II error). He may be tempted to ditch the hypothesis for any figure less than 15%!

This took me a while to grok, and again I’m not going to try to break it down for you or synthesize examples, but it’s worth thinking about. The central point, I think, is that these opposing cognitive approaches result in a significant gap in what is considered common sense (because what is common sense if not a gut-level statistical analysis?). One of Wikipedia’s examples, combined with the above analysis, illustrates this gap thus: one common-sense approach says we should be 99% sure we are not sending an innocent person to jail; another common-sense approach says we should be at least 15% doubtful before letting a guilty person go free. This might ultimately come back to framing. Guilt and innocence are not perceived as perfect opposites of each other by the two sides. Liberals may overvalue innocence compared to how conservatives value guilt, for example. Liberals say the innocent must not be persecuted. Conservatives say the guilty must be punished. Both of these are true statements, but in application there is a gap between them. Where that gap comes from is the different framing of the questions involved, and the re-framing that occurs internally in each group and mind, which is where the Type 1 vs. Type 2 distinction comes in.

Someone was talking recently about Americans being walking corn fritters–quite literally a corn-fed, corn-fried populace. We eat corn directly, and most livestock consume it as well. So we’re mostly corn to a secondary (and possibly tertiary, but I don’t even want to go there) level. But guess what else comes from corn? Ethanol. So while Bush is trotting the globe touting ethanol, we’re already seeing the price of corn rise domestically, and this article predicts we’ll soon see that reflect in consumer food prices, if we haven’t already.

I posted last year about how ethanol as a motor fuel is mostly a crock to allow auto manufacturers to cheat the CAFE standards. But what I didn’t get into was the science and economics of ethanol–that it’s production uses more energy than it delivers, that the production of its ingredients requires vast amounts of fertilizer (which are, ironically, overwhelmingly petroleum-based), that it taxes already stretched water and soil resources, and that it directly affects the markets for some of the staple world food crops (and their byproducts).

From one perspective (the fat, car-addicted American one) this is a good thing: when our mouths and our gas holes are competing for the same resource maybe we’ll realize just how unsustainable the energy budget is. There simply isn’t enough arable land (and many would argue usable solar energy) available in the world to both feed everyone and keep all the machines guzzling at current levels of consumption, much less future levels. Think about it. Every barrel of oil (and all fossil fuels) we burn today is imported energy from the distant past–it’s literally solar and tectonic energy transported to us across millions of years. For the last hundred years, that added energy has artificially bolstered the human energy budget–more humans exist and engage in more energy-demanding activities (flight, manufacturing, entertainment) than would be possible without that extra energy input. I’m all for weaning ourselves off that (we’ll have to, because the oil is not infinite–the only other option is nuclear, and we’ll eventually have to go there anyway). The problem here is markets–what happens when ethanol plants can pay more for the corn than tortilla factories can? A $4 gallon of ethanol may soon become very attractive to some, but a $4 taco means starvation for many.

If you haven’t heard of Second Life, you might actually have a first one. If you have heard if it and been tempted to see what it’s all about, I’m going to save you the trouble.

You can click on the cubes and download scripts, which make you do something, or make your guy move around, or wear something. It was retarded. Imagine that every time you bought a shirt from a store, you had to install Windows on your torso.

All it takes is a snowstorm to strand hundreds of motorists on a 50-mile stretch of Interstate 78 for up to 24 hours and cause an “almost total breakdown in communication” among state agencies, according to Pennsylvania Governor Ed Rendell (which, I’ll note, is not actually an explanation). Keep in mind, the Interstate system is supposed to be a priority transportation system, especially in times of war, and I-78 is refereed to as a “strategic” corridor for the tri-state area on a number of official sites (it’s designated “High-Priority Corridor 63”). In fact, it’s part of the emergency evacuation route for New York City. Seems like the kind of road you’d want to keep open. Plus, didn’t we throw a whole lot of money at this “communication among state agencies” problem after 2001?