“Trusteer Rapport?” Â This is just a ridiculous thing for my bank to attempt…

So, blogger is discontinuing support for FTP-updated blogs, which essentially means they will no longer support self-hosted blogs. You can either point your domain (or a sub-domain) over to them, or you’re SoL.

And by “SoL” I mean “switching to WordPress.”

I guess I should say “thank you” for finally making me do it… maybe. 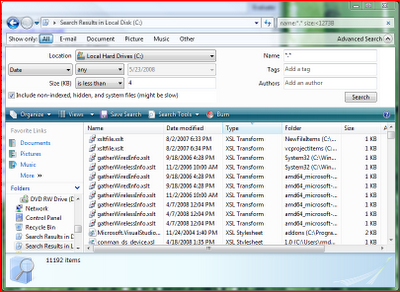 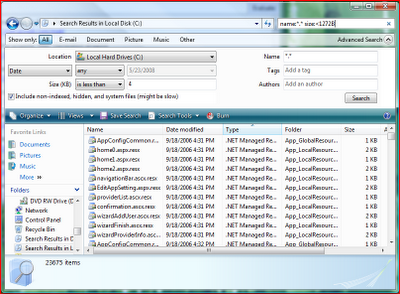 Sorry Amazon S3, but you can basically suck it.

Update: um, yeah, it’s wait-listed. Though if you have Google Apps, you’re probably in.

Blogging this so I don’t forget it…

It used to require some fairly ugly, resource intensive hacks (cursors, temp tables, etc.) to emit an inclusive list between two data points when the source data might not include an entry for every point (for example, a calendar, where not every day contains an event). In SQL Server 2005 and above, this is trivially easy, with a Common Table Expression (CTE) and a Recursive Query. To emit one record for every date between 1/1/2008 and 1/31/2008, you do this:

The fact that they stop recursion short at 100 by default would seem to indicate that this is an expensive procedure, but even if you’re just using this to produce a dummy table with all the dates for several years, it’s a nice shortcut.

On my P4-641+ the script emits 7671 records in 0 (that’s zero) seconds and “spikes” the processor to all of 3%. Granted this is not a complex query, but at least we know the recursion (if it really is recursion internally, which I doubt) isn’t expensive by itself.

This is a pretty amazing story about a free utility with a malicious back-end twist.

This is so bad that I assumed it was a hoax. However, I downloaded the program, installed it (on a virtual machine), decompiled it, and verified that it is, in fact, “phoning home” with your gmail user name and password. Yikes.

The manufacturer’s page has been updated to indicate that this “was in no way intentional,” but does it really matter?