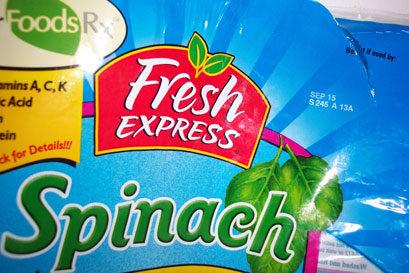 I felt a little bit like Charlton Heston this morning, cooking up the last bit of pre-apocalyptic fresh produce while zombies beat on my shutters. Yes, I ate the dreaded spinach. Worse than that, I ate from a package that was not only expired but had been opened before the… Well, what is it? It’s not a ban. The FDA is calling it an “advisory.” In any case, it’s been a pretty effective way to get people to stop eating spinach.

I’m pissed off about this. I like spinach. And this reaction is simply not good science. One person died. Somewhere around 120 people got sick. You know what that sounds like to me? A moderate heat wave, a small blizzard. Do we close the freeways in Texas when Minneapolis gets a snowstorm?

Presumably (we’re still woefully short on facts) this was all from eating fresh, raw spinach that somehow came in contact with animal (possibly including human) feces. To some extent this “stuff” is just everywhere. Face it, it’s a shit-filled planet. When you’re a terrestrial omnivore or herbivore (meaning you eat off the ground at least occasionally), ingesting some amount of e. coli is just an occupational hazard. Besides, this stuff is already in your body right now! But if you really want to avoid swallowing more of it, and I bet you do, we 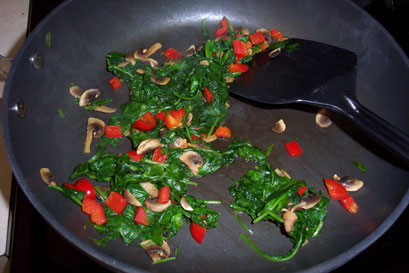 now have a high-tech, two-pronged technological solution for this that’s only about three quarters of a million years old: it’s called rinsing and cooking. That’s what I did. Is the real reason for this ban that we can’t trust people to cook their food? Are we going to ban chicken and hamburger next? Probably not, they have great lobbies.

I hesitate to admit this for fear of other spinach lovers showing up over here, but I have a whole other unopened package of this stuff. I plan to eat spinach three or four more times this week. Am I going to be the last American eating spinach? How ridiculous is that?

The fear is palpable (isn’t it always these days?). I was in HEB tonight buying lettuce and watched a young(er than me) couple perusing the bagged lettuce section. Their conversation went something like this: 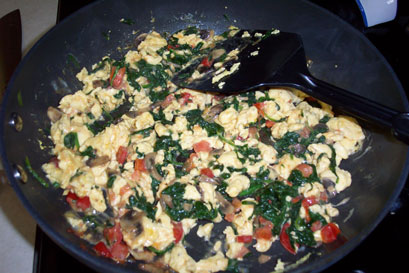 Please note: there was no spinach for sale; Fresh Express has not been implicated so far; I both ate the romaine lettuce and served it to company tonight.

Just another nail in the coffin of the American colon.

3 thoughts on “The Omega Brunch”