A Lego Mindstorm robot that can solve a Rubik’s cube?

Damn. My Mindstorm creations can barely pull 0.9Gs in a Hummer through the slalom while plinking Coke cans out the window at 1000 yards in high winds with a 9mm. Maybe I need the organic semiconductor cognitive self awareness accessory kit.

I just clicked on this ad from boingboing.net–for obvious reasons, I mean who can pass up a T-shirt that reads “I never wear pants?”–and a T-shirt site started loading. And kept loading. And kept loading. For like a minute! On a 6mbps cable modem connection. Turns out this page causes IE to soak up at least 14 megs of RAM when it loads, just in content–that’s on top of about 20 megs that IE uses for its footprint to support all the features called for on the page. That’s frightening. And this is a landing page from clicking on a banner ad! In the business have a word for this… actually, we don’t, because nobody does this. But a small price to pay from the user perspective, I suppose, to be able to create your masterpiece of self-expression.

I’m going to hell for this. I’m not sure if it will be an intellectual hell or a moral one, but I’m definitely heading that direction in a fairly ballistic manner. Because the best thing to me about this article about Small Beer Press is not that an old essay of Bruce Sterling’s about Slipstream is quoted fairly liberally, and not that these people are publishing stuff that almost no one can read and the few of us that do quickly realize we can’t have conversations about it with “normal” people because it’s so far out there and we barely understand it ourselves. What really strikes me is the awesome fashion statement made by wearing a skirt over jeans! To go there you have to be so pathologically concerned about how fat your ass looks that you might as well wear a 55-gallon oil drum with the two ends cut off. Or maybe not. Some segment of the population apparently finds this to be “hip.” Hip. Ouch. But seriously, doesn’t this defeat the selling points of both skirts and jeans? I mean take away the skirtily refreshing breeze between the legs and the ass-showiness of jeans and you’re left with an ensemble that makes you simultaneously chunky, sweaty and likely to get caught in machinery. Is the statement here supposed to be “I’m so hot, I can get away with anything, and be incredibly uncomfortable doing it!”?

Why oh why would you offer me a Bennigan’s Monte Cristo sandwich (or Monte Cristo panini? WTF?!) for $3.99? I’ve managed to not eat one of these artery-clogging monsters in at least six years.

Why bring it up now at an almost irresistible price? What are you trying to do to me, Valpak? Why give me any additional enticement to enter a restaurant that sells something called “Death by Chocolate,” the only restaurant dish known to humans that allows one to augment and replenish its hard shell chocolate coating at the table? I think the answer is clear: you’re just evil. Evil, evil Valpak.

This is why hotmail sucks so badly. Any web site that would have a page called “ThirdParyCookieCheck.srf” is just going to be evil (especially since third-party cookies are technically impossible, illegal or immoral, I can’t remember which). But what’s really great about this is that .srf is a Sun Microsystems raster graphics file extension. Yeah, so hotmail, one of Microsoft’s oldest products, runs its evil marketing cookie handler on Sun, a company it’s basically been at war with since both companies existed. And that technology somehow managed to hang a hotmail web page and crash Microsoft’s browser in the process. Awesome. 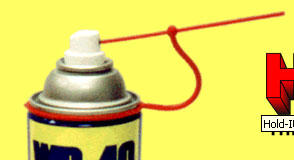 It’s all czars all the time at the federal government these days. As of this morning, we have a Piracy Czar! Because, you know, czars have such a great track record. And he’s going after China. I like this quote: “Frankly, our goal is to reduce (China’s piracy levels) to zero.” Really makes you wonder what was replaced by that parenthetical, doesn’t it? Because our war on anything (or is that everything?) usually involves blowing shit up.

Just noticed a strange example in the OneLook meta-dictionary quick definition for “clerihews.”

Example: “`The president is George W. Bush, Who is happy to sit on his tush, While sending his armies to fight, For anything he thinks is right’ is a clerihew”

This article uses the term “ecosystem services” to describe a concept that anyone familiar with the current state of environmental or economic thinking knows about but often doesn’t have a word for. It refers to the part of an environmental or economic system where the work is apparently being done by “nature,” but in effect what is really going on is the cashing in of environmental assets that have accumulated over a long time. There are examples of this is almost every hot-button environmental debate. Whether it’s pumping down millennia-old aquifers in Arizona, cutting down thousand-year-old trees in the Pacific Northwest or pumping out million-year-old oil reserves in the Middle East, almost every booming area or business has one or more of these “ecosystem services” behind it. In fact, there is almost no aspect of our existence where we are not cashing in on the artificially low price of water, oil, coal and all the secondary products that rely on those (like electricity, plastics-based technologies and almost all food). Many people just cut to the chase and call this exploitation, but that kind of pejorative tends to polarize the discussion. “Ecosystem services” on the other hand, isn’t very descriptive. Has anyone seen a better, more evocative word for this? It’s sort of the opposite of “sustainable” as used by the movement, but since that word and metaphor are already so overwrought I hesitate to further burden them by calling this concept “unsustainability.” A bit too loaded and difficult to parse, don’t you think?

I’ve poked around on WorldChanging, since I’ve actually heard guys from there talk about these issues, but a useful catchphrase doesn’t materialize. I think this goes back to what Al Franken was saying at SXSW this year about “framing errors,” that liberals have difficulty taking the analysis and debate on a given topic and framing it in such a way that the average person can not only understand what it being discussed, but can listen for more than five minutes without getting bored. There’s a good argument that these issues are complex and not easily sound-bitten, but there’s a counter-argument that says we’re just defending our inability or unwillingness to sell our agenda.

Two parents try to abduct their own baby from the maternity ward. Why? Because they have two other children under the care of social services and were afraid this one would be taken as well. Talk about self-fulfilling paranoia. By the way, the hospital RFID tags I’ve seen are half the size of the damned baby, so how could they not know it was there?